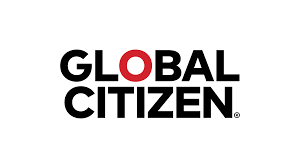 Gabon’s lawmakers have voted to officially decriminalize homosexuality, France24 reported. On Tuesday, the country’s National Assembly voted in favor of revising a law that criminalized homosexuality — which was considered an “an offence against morality” in text that had been introduced by the Senate as part of a new law in July 2019.

The previous law made homosexuality punishable by up to six months’ imprisonment and a fine of 5 million CFA francs (about $8,500).  In total, 48 members of parliament (MPs) voted for the amendment — with the support of Prime Minister Julien Nkoghe Bekale — while 25 abstained, and 24 voted against it.

Bekale welcomed the initiative on Twitter, stating he was against “the stigmatization of homosexuals” in spite of his religious beliefs. He also praised lawmakers for their efforts to “change mentalities” and for their ability to “adapt to the times”.

Prior to voting on the amendment, Gabon was among the 73 countries or jurisdictions worldwide that criminalize homosexuality. In sub-Saharan Africa — where 28 out of 49 countries have laws against homosexuality — same-sex relationships are still widely criminalized, stigmatized against, or even punishable by the death penalty.

According to Human Rights Watch, COVID-19 has also increased stigma against gay people in parts of the region — and is pushing many into poverty and life-threatening living conditions. And while the revision marks a step forward for LGBTQ+ rights, not everyone supports it. People on social media and some politicians have expressed mixed feelings about the outcome of the vote.

“Forty-eight lawmakers have shaken an entire nation and its customs and traditions,” one member of parliament, who voted against the revision, told Reuters.

The LGBTQ+ community has also expressed concern over being subject to negative backlash from Gabonese citizens, who are mostly against the amendment, according to Leslie Obuo, an LGBT+ journalist based in the country. “Just them starting this has stirred up homophobia and when or if it is passed, I expect that the law will be met with resistance from the general population,” said Didier, a gay man living in Gabon, to Reuters.  He added: “Riots and violence against the community will probably peak and eventually the government might do another U-turn.”

The revision has yet to be approved by the Senate under the same terms for it to come into effect.

You can read the whole article by Global Citizen here.