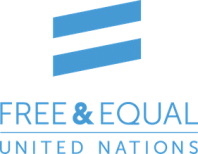 In this factsheet, UN Equal & Free have summarised and responded to some frequently asked questions!  You can learn more about the human rights challenges facing lesbian, gay, bi, trans and intersex (LGBTI) people everywhere and the actions that can be taken to tackle violence and discrimination and protect the rights of LGBT people everywhere. For instance,

What does LGBTI mean?

LGBTI stands for lesbian, gay, bisexual, transgender and intersex. While these terms have increasing global resonance, in different cultures other terms are often used to refer to people who are attracted to people of the same gender, people with gender identities that differ from the sex assigned at birth, people with nonbinary identities and people whose sex characteristics do not fit typical definitions of male and female (such as hijra, meti, lala, skesana, motsoalle, mithli, kuchu, kawein, travesty, muxé, fa’afafine, fakaleiti, hamjensgara and Two-Spirit). In a human rights context, lesbian, gay, bisexual and transgender people face both common and distinct challenges. Intersex people (those born with atypical sex characteristics) suffer some of the same kinds of human rights violations as lesbian, gay, bisexual and transgender, people, as indicated below.

What kind of human rights violations are LGBTI people exposed to?

Lesbian, gay, bisexual and transgender people of all ages and in all regions of the world suffer from
violations of their human rights. They are physically attacked, kidnapped, raped and murdered. In more
than a third of the world’s countries, people may be arrested and jailed (and in at least five countries
executed) for engaging in private, consensual, samesex relationships. Transgender people are often
denied identity papers that reflect their preferred gender, without which they cannot work, travel,
open a bank account or access services. Intersex children may be subjected to violence based on their
appearance, including harmful practices such as medically unnecessary surgical and other interventions
without their informed consent, and as adults are also vulnerable to violence and discrimination. LGBTI children and adolescents face bullying and discrimination in school. Young people may also be
thrown out of their homes by their parents, forced into psychiatric institutions or forced to marry based on their actual or perceived sexual orientation or gender identity. States often fail to adequately protect LGBTI people from discriminatory treatment in the private sphere, including in the workplace, housing, education and healthcare.