Share-Net Netherlands » Resources » Other Themes » The Power of Community: Shaping the agenda for gender equality at Women Deliver 2019

The Power of Community: Shaping the agenda for gender equality at Women Deliver 2019 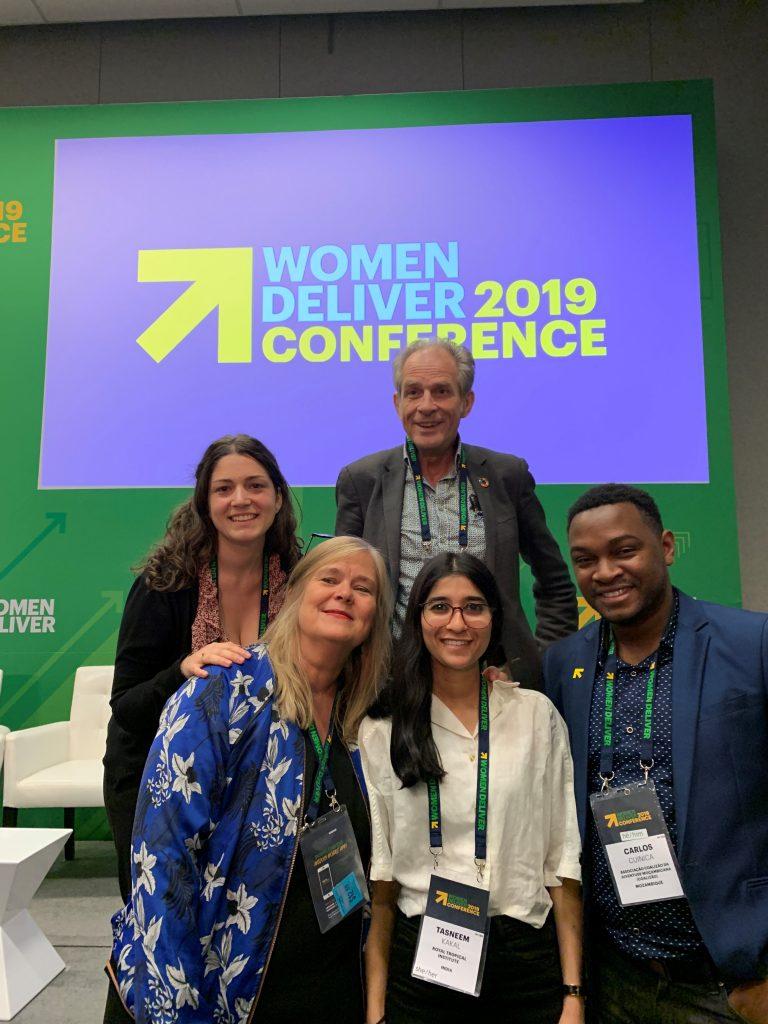 Should health services for LGBTQIA+ be targeted or mainstreamed? Should we let youth LGBTQIA+ activists lead, or should we work hand in hand with elders?

For an intense 90 minutes, we discussed, debated and marvelled at how our contexts influence us to take different stands, quite literally on these issues! We navigated these ‘tensions’ creatively guided by IDEO.org and the Global Fund for Women at the Youth Zone.

While this was one of the few sessions focusing on LGBTQIA+ community, the underlying message was pre-dominant across the conference corridors, sessions and plenaries. In a world where there is growing political conservatism, the #Powerof Dialogue is instrumental. Reaching out and engaging with those that think differently was the universal call at Women Deliver 2019 in Vancouver.

#The Power Of Us

Themed Power.Progress.Change, about 8000 people, including young leaders, policy makers non-profits and private companies gathered to shape the future of gender equality and sexual and reproductive health and rights (SRHR) for all.

The Sustainable Developing Goals, particularly SDG 3 on Good Health and Well-being and SDG 5 on Gender Equality, were a central point of the discussion with political leaders. In the opening, Women Deliver tactfully questioned their country’s progress on these SDGs, holding them accountable. This elicited a ranges of responses – from the questionable comments by the President of Ghana that implied that the sole responsibility of women’s empowerment lies with women themselves, to Justin Trudeau, Canada’s Prime Minister, announcing funding of $1.4 billion for gender equality annually.

#The Power Of Youth

“Do not do anything for us without us. We’re not going to be beneficiaries anymore” Natasha Wang Mwansa, 18 year old  journalist and Women Deliver Young Leader

Something outstanding during the conference was the importance of involving youth in defining the agenda. And here, the Women Deliver conference walked the talk. With 1,400 young people, many of whom were fully funded, young people spoke at the opening ceremony, gave Power Talks, and shared the same stage with heads of state. At the Youth Pre-Conference, Dr. Alaa Murabit, a young UN High-level commissioner questioned the idea of tokenism and encouraged tokenised identities, such as women and youth, to claim those spaces, show up and show the added value they can have.

Zooming in on infertility, Share-Net pioneered this by co-hosting ‘Women Deliver… or not: Breaking the Silence on (In)fertility’ together with the WHO, Center for Reproductive Rights. In a packed room of 70 people, experiences from the academic, practitioner and feminist perspectives were discussed, showing not only the diversity, but also the misconceptions on the topic. While Dr. Ian Askew from the WHO advocated for reframing it as a disability, Dr. Sarojini Nadimpally compellingly questioned the premise of motherhood and associated Assisted Reproductive Technologies.

SRHR and UHC also received attention, and at an interactive session hosted by KIT with Youth4UHC, Amref Health Africa and PMNCH, we saw the need for multi-sectorality and rights in the UHC agenda. Youth4UHC presented an inspiring scorecard to hold governments accountable and the discussion focused on the politics of resource allocation, echoed by all speakers.

However, the conference also made visible the urgency to move forward with ending child marriage, female genital mutilation and cutting and gender-based violence. KIT as part of the Yes I do Alliance hosted ‘Power dynamics and participation in tackling child marriage‘, where Share-Net International shared its experience in co-creating guidelines with local stakeholders in Indonesia to better understand and address Merarik tradition, an elopement marriage custom. This triggered a discussion on the question of agency of young people, differentiating early and forced marriages and as put by a Girls Not Brides representative – the need for discourse to move from ‘age to agency.

Located in Vancouver, the conference also touched upon issues in North America. From acknowledging the history of the indigenous populations in Canada to conversations of reproductive justice, in light of recent events in Alabama. Limited to a North American focus, sessions on women at work were the stronghold of private sector companies such as P&G, but lacked conversation on women in informal work settings.

Lastly, the conference also reminded us that although we have differences in approaches, and perspectives, the gender equality movement is a powerful and passionate one, with its foundation of rights. Although the conference itself encouraged participation of minorities, the limited and sometimes siloed conversations of issues of LGBTQIA+ or disability are evidence that we still have work to do and that the #Power of Dialogue must not be underestimated.