Ready to marry? Exploring the dynamics of child marriage in Pakistan 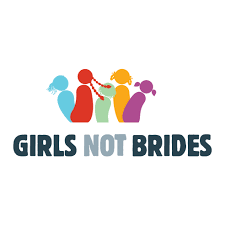 READY TO MARRY? EXPLORING THE DYNAMICS OF CHILD MARRIAGE IN PAKISTAN

“My grandmother had fixed my marriage with my cousin when I was born. We live in a joint family, so we grew up in the same house […] he is 9 years older than me. When he completed his school, my father-in-law opened a small grocery shop for him. He was 23 years old and I was 14 when we got married because I failed school examination… my husband tells me that it was him who had insisted the elders to fix the marriage soon because I looked very pretty to him…” (Female, 19 years, Punjab).

In 2017, nearly 40% of the population of 20 year old girls in Pakistan were married before turning 18. Research from three recent development programmes in the Punjab and Sindh provinces – Her Choice, Marriage: No Child’s Play, and Yes I Do – explored why child marriage is so prevalent in both provinces, what the differences and drivers are of child marriage between the two provinces, and what  could be some of the solutions to address child marriage.

When is the right time?

In the areas studied by the three programmes, girls are married when they are considered ‘mature’, rather than when they reach a certain age. Some indications for maturity include: the start of menstruation, being able to cook, do chores, and run their husband’s household.

“Here, a boy’s parents take a girl who can do work and cook food. If a girl is not educated and cannot do work, then what will be her benefit?” (Male, 21 years, Sindh)

Marriage is affected by social norms in Pakistan. In fact,marriage is regarded as Sunnah – an obligation – and religious scripture exploring the right moment for marriage – though in ways open to interpretation. In addition to this, young women are symbolic of their family’s honour. In Sindh, child marriage is said to mitigate risks of harming the family honour particularly if  the girl has experienced  sexual assault, premarital sex and out-of-wedlock pregnancies.

Poverty is a key driver of child marriage in many countries. Our findings for Punjab also revealed that, on average, poorer households marry off their daughters between 12 to 18 months earlier than stable households.

Who decides when and whom the girls marry?

“When you have an adolescent unmarried daughter sitting at home, it is like a burden. Not because you don’t want to give her food, but because you have to take care of your honour. It is a big thing if someone talks about your daughter outside…” (Male, 64 years, Punjab)

In both provinces, fathers and grandfathers typically arrange marriages. Mothers can influence the decision, and propose suitable husbands. The decision is often considered crucial for the family, difficult for a girl to make, and sometimes taken when the daughter is born.

In Punjab, only 4.8% of girls surveyed reported that they feel in control of who, when and if they marry. It is considered shameful for girls to talk about getting married – ‘good’ girls leave their marriage decision to their elders.

However in both provinces, education seems to give girls more decision-making power. Girls in secondary education are considered better able to negotiate when they marry, or their households value education before marriage.

Once married, girls typically have little say in the decision on child bearing. Only 13% of the girls affected by child marriage report having some say.

Among girls who married later, this is slightly higher (17%). Typically this decision is made by the mother-in-law’s household.

What are the negative effects of child marriage?

We know that child marriage negatively effects a girls’ future, from health complications of early pregnancy to long-term social and economic impacts.  In Pakistan, our research in Sindh and Punjab provinces highlighted that:

Addressing child marriage in Pakistan is challenging, primarily because of its links to tradition and religion. Social norms are heavily institutionalised in communities, affecting the decision making of parents and girls. This is evident as some young spoke positively about some aspects of early marriage – particularly how young married people are viewed by their communities. Marriage makes their families proud, and a young bride can share the burden of responsibilities with her in-laws.

Although fines and punishments exist, laws on child marriage are often weakly enforced. In Sindh, provincial laws are not aligned with the national law.

Moreover, when parents don’t register births – especially of girls –it can be difficult to prove that a child bride is under the legal age of marriage. Those who conduct marriages – the Qazi or Nikah Khwan, Union Council officials, or the village-level government may not seek to verify ages, or inform the relevant authorities if they suspect that a bride is under the legal age.

“To stop early child marriage, we should get the help of NGO workers, as they come to us; they educate and make people aware. They also inform communities about the negative consequences of child marriage.” (Female, early 20s, Punjab)

Child marriage can be addressed through a multi-dimensional approach, targeting all girls – not just those at risk. Programmes should focus on changing attitudes and norms among decision-makers and local influencers – families, religious leaders, law enforcement, and institutions at all levels.

Programmes like Her Choice, Marriage: No Child’s Play and Yes I Do integrate well-rounded approaches by highlighting the scale, scope and negative effects of early marriage. But further research is needed to better understand the social norms influencing child marriage in different contexts, to be able to address it.

Explore our findings from the HER CHOICE Alliance

Explore our findings from the More than Brides Alliance

Explore our findings from the YES I DO Alliance

All three programmes are funded by the Dutch Ministry of Foreign Affairs.