Share-Net Netherlands » Resources » Gender based Violence » Webinar report: Unpacking sexual harassment – What can the Netherlands learn from Egypt and Belgium?

Webinar report: Unpacking sexual harassment – What can the Netherlands learn from Egypt and Belgium? 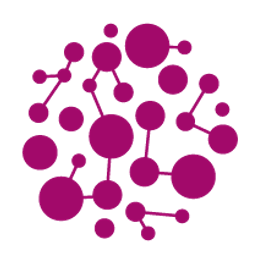 (Sexual) street harassment is a persistent problem in the Netherlands. Research in Amsterdam in 2018 showed that 81% of women and girls between the ages of 15 and 34 have experienced street harassment at least once in their lives or more. In Rotterdam, a research from 2017 showed that 94% of women between the ages of 18 and 45 have experienced at least one form of harassment. On May 12th 2020, the Dutch Minister of Justice and Security published the draft Law against sexual crimes (Wet seksuele misdrijven) with suggestions to modernise and update Dutch Criminal law concerning sexual crimes. One of the main changes is the criminalisation of (non)-verbal harassment in public space, including online harassment, punishable with a maximum of 6 months of imprisonment.

Fairspace and other Dutch organisations have shared concerns over the law as it does not clearly specify what actions are considered harassment. Furthermore, Fairspace is not sure that criminalising harassment will increase reporting and proper follow-up of incidents. Finally, Fairspace believes that the solution to ending harassment lies in prevention and recommends this law should be supported by awareness raising and education on root causes of harassment, like gender norms.

The Dutch draft Law on sexual crimes provided momentum to focus on GBV in the Netherlands. In addition, it reflects the ambition of SNNL to increase its focus on the Netherlands while learning more about approaches in other countries related to harassment.

The goal of the event was

Speakers from the Netherlands, Egypt and Belgium discussed the concept of harassment, the implications of criminalising harassment and best practices in ending this form of gender-based violence.

Re-visit the presentations and discussion

Taking up the main learnings from this webinar, the SNNL CoP on GBV will follow-up on the event by creating a policy brief on sexual harassment in the Netherlands and recommendations for prevention. The policy brief will be disseminated early 2021 among Share-Net members and the wider SRHR community.