LGBTI equality in the Netherlands 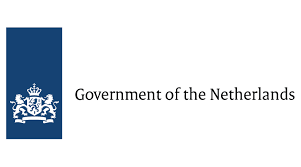 Following the decriminalization of homosexuality in the Netherlands in 1971, the inclusion of sexual orientation in anti-discrimination legislation in 1994, the establishment of civil partnerships for same-sex couples in 1998 and the introduction of equal marriage and adoption rights in 2001, the focus of Dutch government LGBTI policy today is so-called “mainstreaming”.

That is, the consideration of sexual orientation and gender identity (SOGI) issues in all aspects of policy, at all levels, as well as actively promoting greater social acceptance of lesbian, gay, bisexual, transgender and intersex (LGBTI) persons. At the forefront of these efforts since 1986 has been the Interdepartmental Working Group on Government Policy and Homosexuality/LGBTI Equality (IWOH), bringing together the ministries of Justice and Security, Education, Culture and Science, the Interior and Kingdom Relations, Defence, Health, Welfare and Sport, Economic Affairs, and Foreign Affairs. The national government also works closely with so-called “Rainbow Cities” – Dutch local authorities committed to LGBTI inclusivity – and is active on the international stage. At the national level, it maintains strategic partnerships with expert institutions and with advocacy bodies such as the COC, the oldest LGBTI organization in the world.

To track the social acceptance of LGBTI persons, once every two years the Netherlands Institute for Social Research (Sociaal en Cultureel Planbureau, SCP) publishes an “LGBT Monitor” (LHBTmonitor). It analyses public attitudes to sexual and gender diversity in the Netherlands and other European countries, and also examines various aspects of the life experience of LGBTI persons: their work situation, workplace experiences, lifestyles, perceived safety, victimization and so on.

Read the whole report on LGBTI equality in the Netherlands here.