The Path to Marriage Equality In Ireland: A Case Study 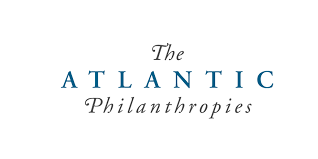 Persuading an electorate to vote to provide rights for a minority is never an easy task. That is particularly
true in traditionally conservative countries. But the overwhelming passage of Ireland’s May 2015
referendum that provides marriage equality for same-sex couples shows that it can be done.

Perhaps just as important, the lessons from that referendum campaign can inform other advocates who are working to ensure rights for minority groups, whether lesbian, gay, bisexual, transgender people (LGBT) or others. The story of how Ireland became the first country to vote for marriage equality by popular vote is one in which two competing LGBT organizations had to dig deep to overcome long-standing rancor, where unexpected allies provided crucial counsel, and where advocates got a surprising boost from a little-used approach to citizen participation. While Ireland’s marriage referendum played out in a specific context, the work of the key campaigners offers learnings that can be applied to other efforts to secure rights for minority groups.

This case study tells the story of how this landmark achievement was won. It also describes the specific
tactics that organizers used that helped secure such a convincing victory. The case describes the challenges that the campaign faced, how organizers addressed those struggles, and what key architects believe are the most important take-home lessons for other advocates.